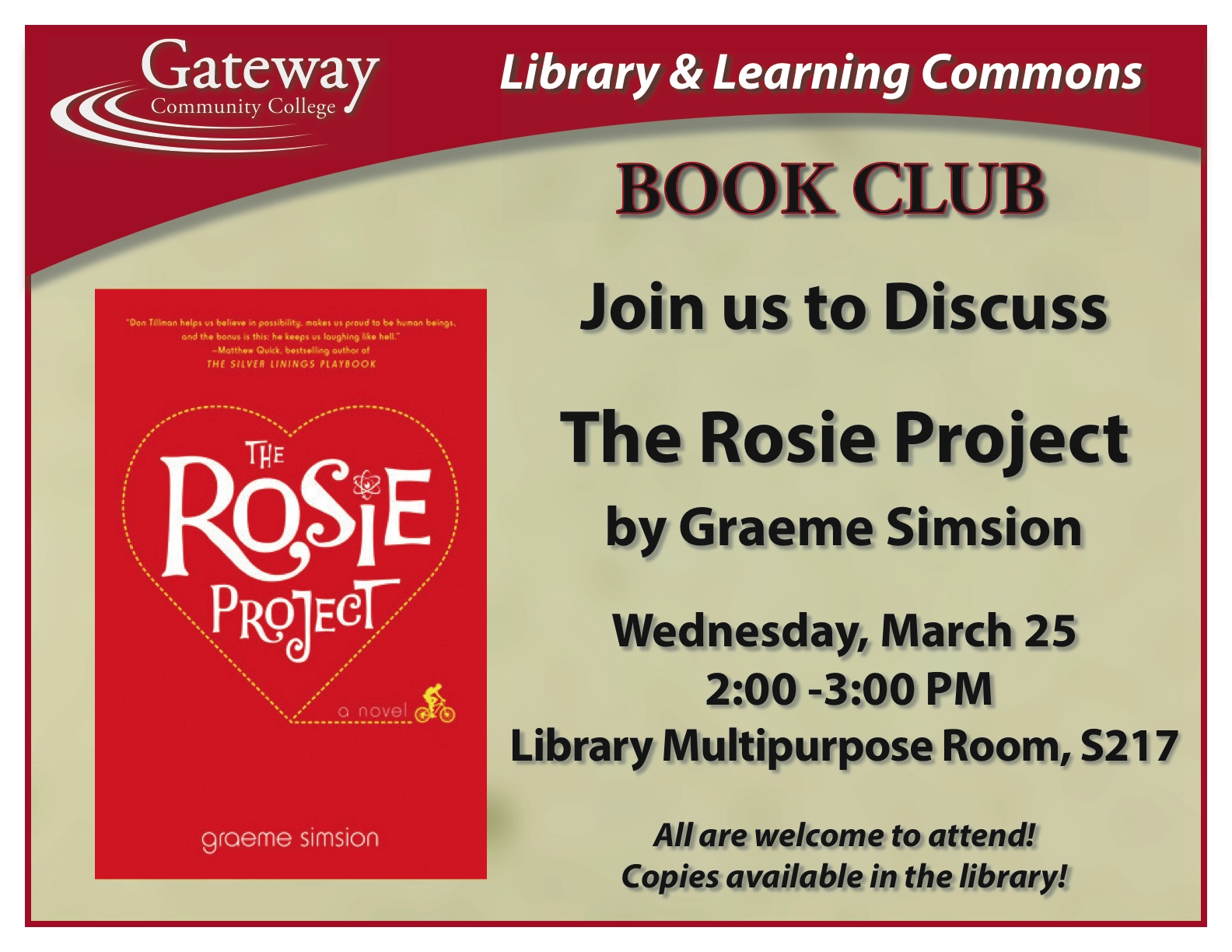 1. Do Don’s Asperger’s conditions help him or hinder him? Does Don’s having Autism offer any advantages in his life?

2. Don goes through a number of spectacularly bad dates. What have been some of your own dating nightmares?

3. Where do you fall on the spectrum between structure and chaos in life? Are you highly rigid in your routines or very relaxed?

4. Do you agree with Don’s assessment that “humans often fail to see what is close to them and obvious to others”? (p. 88)

5. What do you think of Gene and Claudia’s relationship? Do you know anyone in an open marriage? Can it work?

7. As Don’s affection for Rosie grows, he becomes aware of his instincts overriding reason. What is the role of instinct versus reason when it comes to choosing a life partner?

8. Do you have anyone on the Autism spectrum in your life?

9. Don watches a number of movies to try to learn about romance, including When Harry Met Sally, The Bridges of Madison County, An Affair to Remember, and Hitch. What are your top five romantic movies?

10. Have you ever had a moment of breaking out of your routine and opening up in a significant way? Or has someone broken through your routine for you?

11. Is it smart to have a list of criteria for a potential partner or is it limiting?

12. Don gets in trouble with the dean for using the genetics lab for his personal project with Rosie. Is it ever okay to break the rules in order to help someone?

13. Do you feel happy for Don when he “eliminates a number of unconventional mannerisms” (p. 268) in order to win Rosie, or has he lost something?

14. Does Gene get his comeuppance?

15. Were you surprised at the ultimate revelation of Rosie’s biological father? Did you suspect someone else?
(Questions 1-15 issued by publisher.) 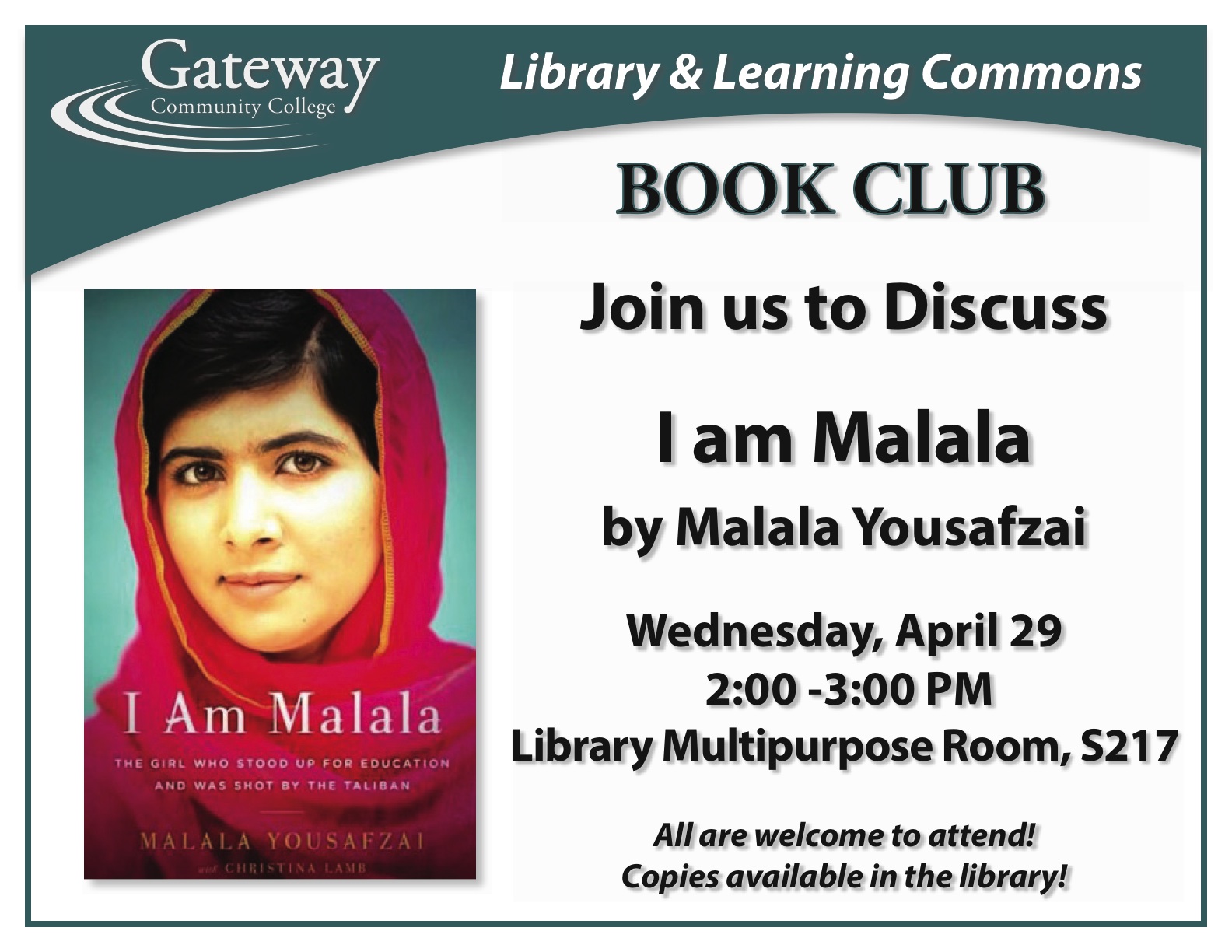 1. Would you have had the bravery that Malala exhibited and continues to exhibit?

2. Talk about the role of Malala's parents, especially her father, Ziauddin. If you were her parents, would you have encouraged her to write and speak out?

3. How does Malala describe the affect of the growing Taliban presence in her region? Talk about the rules they imposed on the citizens in the Swat valley. What was life like?

4. Mala has said that despite the Taliban's restrictions against girls/women, she remains a proud believer. Would you—could you—maintain your faith given those same restrictions? *

5. Talk about the reaction of the international community after Malala's shooting. Has the outrage made a difference...has it had any effect?

6. What can be done about female education in the Middle East and places like Pakistan? What are the prospects? Can one girl, despite her worldwide fame, make a difference? Why does the Taliban want to prevent girls from acquiring an education—how do they see the female role? *

7. This is as good a time as any to talk about the Taliban's power in the Muslim world. Why does it continue to grow and attract followers...or is it gaining new followers? What attraction does it have for Muslim men? Can it ever be defeated?

* We received an email sharing the following perspective, which draws a clear distinction between the Muslim faith and Taliban practices. The email relates to Questions 4 and 6, respectively:

There is no "overt" Muslim prejudice against women. Although there are some customs in Islam specifically intended for women, these customs are for a reason. Everything has a reason. The Taliban, however, take things to a far new level. They overtly shed women of certain rights they deserve. There is a distinction between Islamic rules and customs and Taliban discrimination.

Muslims do not prevent women from acquiring an education. It is the Taliban that does so. Educating women is encouraged in Islam. One of the biggest Muslim scholars was in fact a woman.... Like Malala, I am sad the Taliban carry out their activities in the name of Islam. And I am glad her story is being heard...   —Sarah, a student.