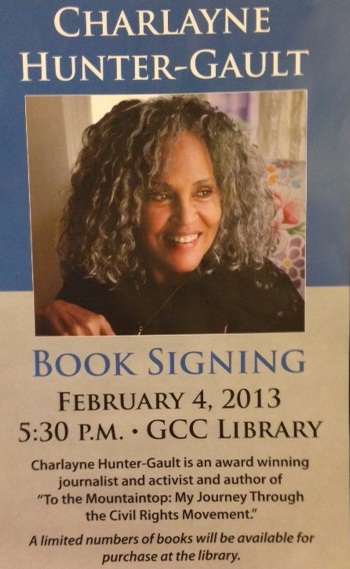 As the creator and chief of the Harlem Bureau of the New York Times in the late 1960s, journalist Charlayne Hunter-Gault sought to move media coverage of African Americans away from stereotypes to in-depth, realistic, and accurate stories. Born in Due West, South Carolina, Hunter-Gault became the first black woman admitted to the University of Georgia, graduating in 1963 with a degree in journalism. Her career has included work with the New Yorker magazine, NBC News in Washington, D.C. and PBS’s MacNeil/Lehrer Newshour. Hunter-Gault has also taught at the Columbia University School of Journalism. Her distinguished career has brought her a number of import honors. She has won two Emmy Awards, for national news and documentary film; was named the Journalists of the Year in 1986 by recipient of the George Foster Peabody award. In 1992 she published her autobiography, In My Place. In 1999, Hunter-Gault became the Johannesburg Bureau Chief for CNN South Africa, where she continues to create award-winning reports about African people, society, culture, and politics.